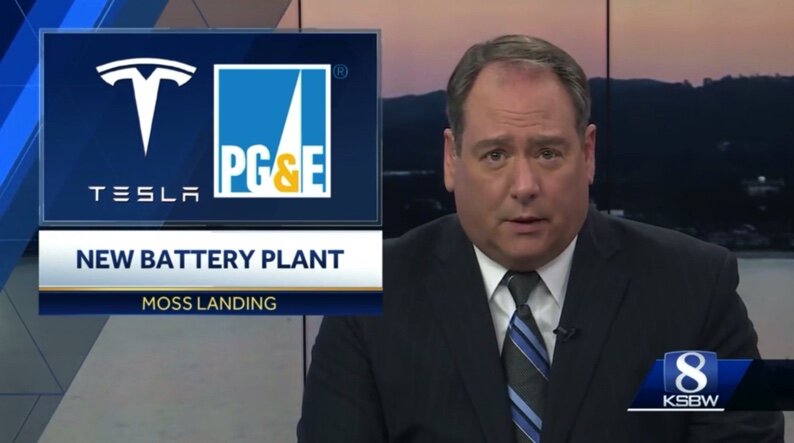 New life is being pumped into the aging and little-used Moss Landing power plant, this time it’s coming in the form of clean and renewable energy.

And a key decision made by county planners Wednesday morning paves the way for Moss Landing to be one of the largest, if not the largest, energy storage facility in the world.

“It’s huge for the area and as you know the power plant has been gradually shutting down and they producing about one-tenth of the power they used to produce in the past and that hurts us from a tax standpoint,” said Monterey County Supervisor John Phillips.

Wednesday morning the Monterey County Planning Commission unanimously approved a joint project between Tesla and PG&E to build a facility that will store wind and solar power and then make it available for use during periods of high energy demand.

A similar but larger project by Vistra energy was approved just months ago.

“Certainly combined this is going to be the largest battery facility in the world so it’s a big boost to our community and to our county,” said Phillips.

Both projects will use hundreds of lithium batteries to store the clean-renewable energy and then use existing power lines to transmit energy around Monterey County and parts of Silicon Valley.

“It just makes sense you have the transmission lines coming in, you’re producing the power during the day… but then you’re losing it before you need it so it just makes sense that you store it and then it just goes out,” said Phillips.

The second facility by Tesla and PG&E had recently come under fire by the California Union for Reliable Energy, citing potential environmental impacts.

Read more and view the video story at https://www.ksbw.com/article/tesla-battery-power-plant-approved-in-moss-landing/31124086

Menu
Startup Monterey Bay is a program of the Institute for Innovation and Economic Development at CSUMB College of Business info@startupmontereybay.com
Click here to get email updates
Close Menu